New Albany High School in New Albany, Indiana, recently completed seven sold out performances of the timeless classic “The Wizard of Oz” and used their new rig of Elation Professional lighting fixtures to help bring the beloved musical to life.

With three top-tier theatre programs only miles from each other, Southern Indiana is a proven mecca for high school theatre. After sister school Floyd Central High School received a lighting upgrade of Elation fixtures a couple of years ago, New Albany High School was ecstatic when their opportunity came. 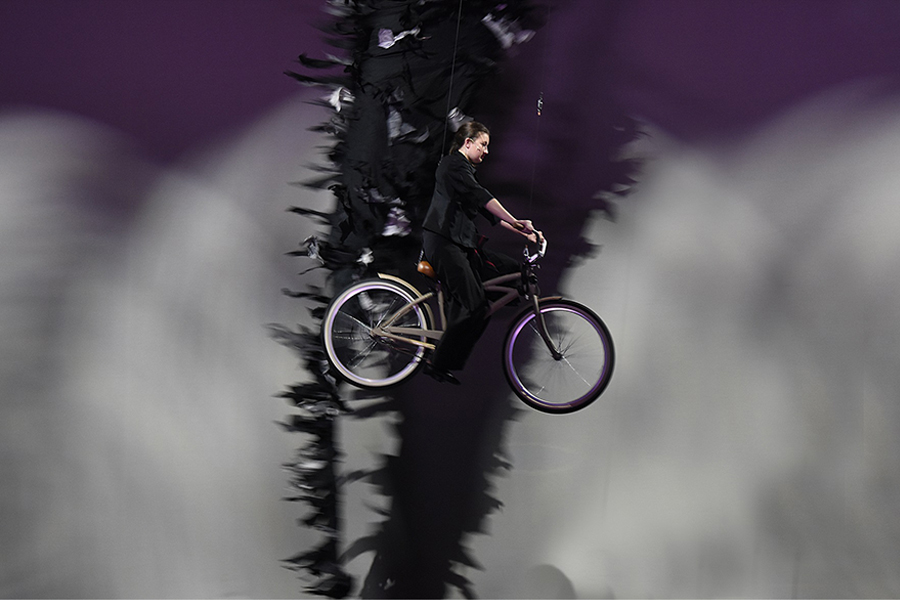 “When funds came around, we were next!” exclaimed New Albany High School’s resident lighting and sound designer Crit Fisher, who was employed by the school five years ago to help resurrect what he says was an increasingly neglected program. “Although New Albany High School has roots in theatre the program was in dire need of an upgrade when I arrived. We had a hodge podge of instruments and no LED units or moving heads at all. I was renting $4k of lighting for our shows.” 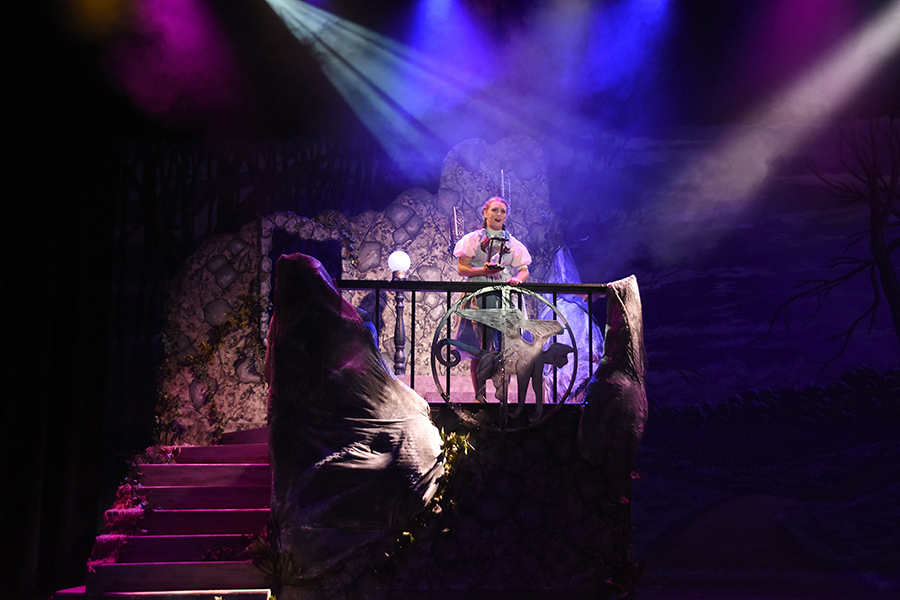 All that changed over the summer of 2018 with a lighting upgrade made up of 7 of Elation’s award-winning Artiste DaVinci™ LED moving head spots along with 6 Platinum Seven™ LED moving heads, 18 Arena Zoom Q7IP™ and 15 Arena Par Zoom™ LED Par lights, 7 SixBar 500™ LED battens and 4 Cuepix Blinder WW2™ units, all supplied by Phoenix Lighting of Louisville, Kentucky.

“All students learn the basics of lighting and I come in and teach the specialized instruments,” Fisher explains, noting that all shows are student run from stage manager to deck crew. A mix of fixtures was used on “The Wizard of Oz,” which ran November 9-18 as the first performances to utilize the new gear.

There’s perhaps no better play to show off what a versatile fixture like the Artiste DaVinci can do than “The Wizard of Oz.” Fisher, who worked with several of the lighting students on the design, spread the DaVinci’s across three electrics and used them in almost every scene.  “You name it, I used it,” he says of the CMY color and graphics luminaire. “We needed a fixture that could do nice spot work as well as nice fill flood. I used the gobos for breakups and effects, which looked awesome with the haze. I used them as a color wash and also as spots when I needed isolation.”

Fisher incorporated patterns from the DaVinci’s two gobo wheels in several scenes. “I love the gobo wheel and the animation wheel,” he continues. “They were especially effective during the tornado scene, where I rotated the spiral gobo defocused and prismed and then panned them out across the audience to immerse guests in the effect.” 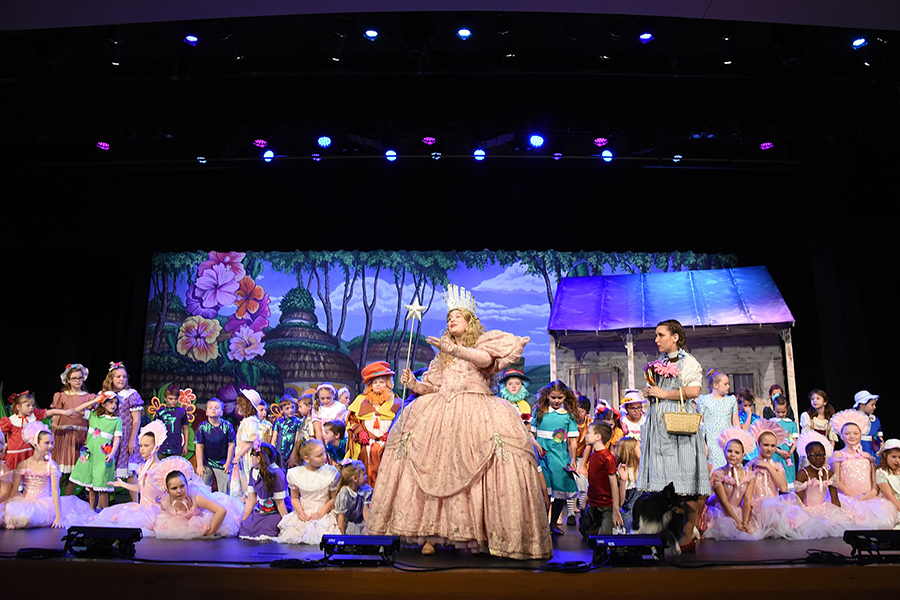 The DaVinci’s were also helpful in mood generation, for example creating the eeriness of the Jitterbug dance. Fisher comments, “We used haze and dry ice and then had breakup looks and rotating beams of light interact with the cloud canvass. It was a great effect. We also used the linear prism across costumes with saturated blues, purples and magentas to create an almost glowing look.” The fixtures were also used defocused to create dreamlike looks for scenes with the witch’s castle.

Keeping true to the 1939 film, Fisher kept the look ‘muted’ with no color in the first two scenes then let loose with color once they reach Oz for a visually stunning look. “With our LED units, including the DaVinci, I could wash the stage in different colors then use them for spot work. They are quick and silent. We would have had to hang 40 conventionals to get the same variety of color but we did it with just a few lights.”

Fisher is happy to have a new lighting system to work with and says the whole process has been very exciting. “It was fantastic to finally have a more modern system to work with. I’ve been impressed with the DaVinci’s but actually I am impressed with all the Elation units. I really loved using these instruments on The Wizard of Oz and will be using them liberally in our spring musical Mamma Mia.”