Reggaeton singer and Latin Grammy Award-winner, Nicky Jam, took his “Intimo Tour” to the city of San Pedro Sula in Honduras for a May 15th show at Morazán Stadium that featured an Elation Professional lighting rig designed by Juan David Guerrero.

Nicky Jam, one of the most prominent urban singer-songwriters of the genre, brought to his fans a new show full of surprises and impactful energy. Setting the party atmosphere with brilliant color and high-energy visual excitement was a dynamic lighting rig made up of 36 Platinum FLX™ moving heads, 48 ACL 360 Bar™ LED battens, 16 Protron 3K™ strobes, 8 DTW Blinder 700 IP™ and 8 DTW Blinder 350 IP™ blinders with atmospheric haze from a pair of Antari F-7 Smaze machines. 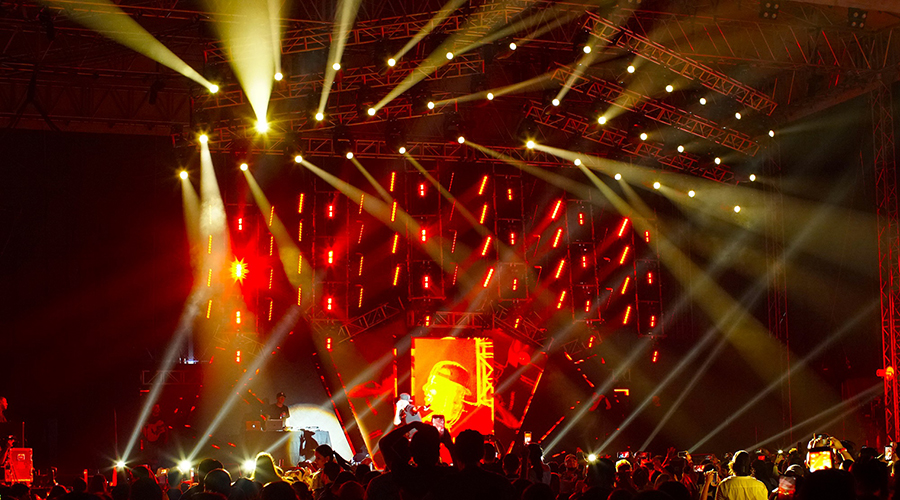 Successful production and operation of the event was by PRO504, a leading Honduras-based production company that gave the more than 20,000 people who attended the show an unforgettable audiovisual experience.

“In Honduras, I used Elation thanks to the excellent service that John Lopez gave me,” stated Juan David Guerrero, who serves as Nicky Jam’s lighting manager, lighting designer and programmer, and also created the stage design. Guerrero, who has worked with Elation before in his career, specified the Elation fixtures. “I’m more than satisfied with their performance!” he exclaimed after the show.

Detailing the lighting design, he commented, “My idea was to make pixels with a wall of panels and bars. I also used 6 ‘fingers’ where the beams are arranged to visually enlarge the stage and the scenes in each cue. It's not big but I think it's visually pleasing and was fun to program.” 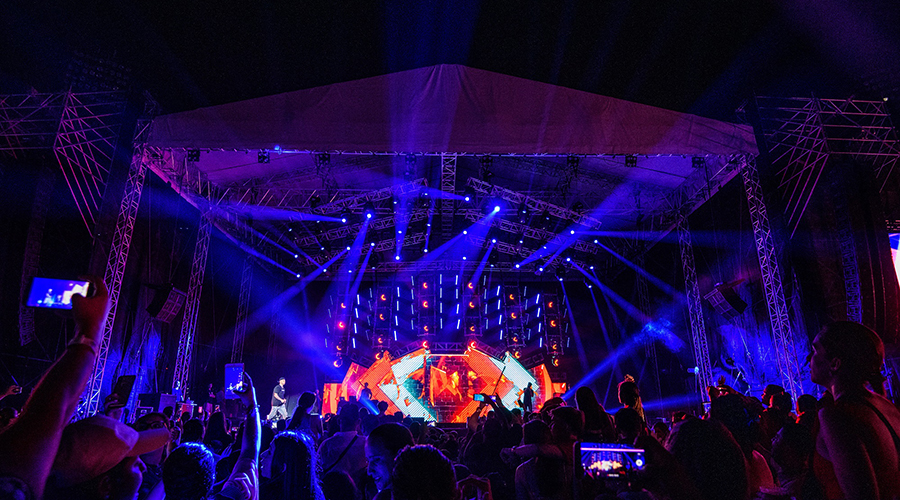 The Elation gear worked complementary with a variety of content displayed across a backdrop fan of LED video panels. The Platinum FLX moving heads operated from three horizontal layers in the overhead rig with the ACL 360 Bars lining each side of six torms in an upstage wall of fixtures. The Protron 3K strobes operated from floor level across the stage, ten facing the audience and three on each side of the stage while the downstage DTW fixtures were used for audience blinder effects.

The well-known reggaeton singer launched the “Intimo Tour” in April in Chicago and presented his Latin flavor and urban rhythms in a series of sold out shows in the U.S. and Latin America. The concert at Morazán Stadium in Honduras benefitted the Nutre Hogar Foundation, whose mission it is to save the lives of preschool children affected by malnutrition.