Two of the greatest figures in Latin pop history, Emmanuel and Mijares, are again delighting audiences across Mexico, Central America and the U.S., performing their popular ballads and pop songs beneath a large rig of Elation Professional fixtures with lighting design by Hector Valencia and Axel Rebollo.

The beloved Mexican singers have an artistic career that spans over 35 years with millions of records sold and multiple national and international accolades to their credit. As friends, they joined together to create a show of their all-time greatest hits, “Two’r Amigos,” a performance that has now been touring for almost 6 years, breaking several attendance records along the way. 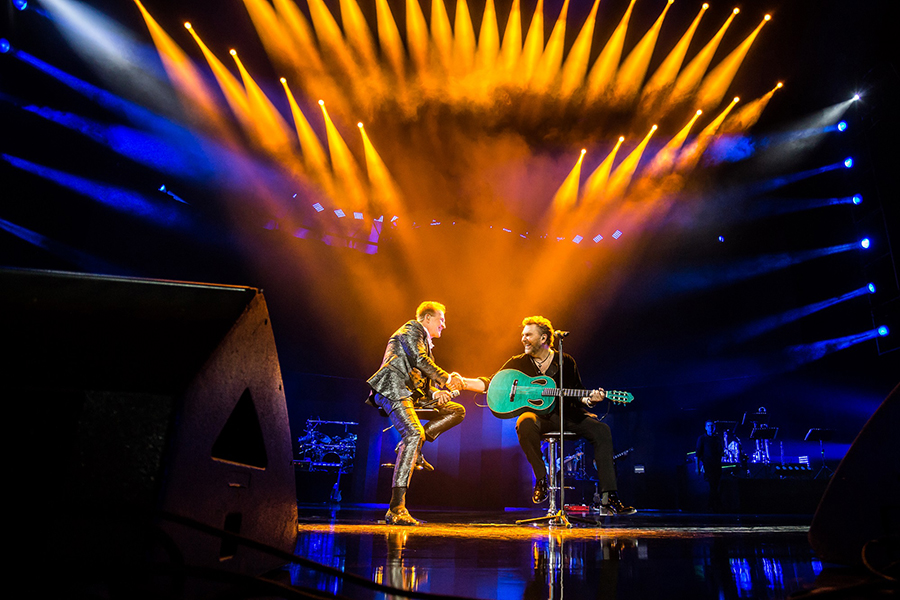 Both Emmanuel and Mijares achieved great popularity in the 80’s and 90’s with songs that are considered classics in Mexico and other countries in Latin America. Sharing the stage on this latest conceptual show, they alternate songs and come together to sing a number of duets.

Naturally, the show has been evolving since 2013 with musical arrangements and set lists changing, as well as the stage, video and lighting design. In fact, the show has been re-designed four times and this year returned to one of the most iconic venues in Mexico, Auditorio Nacional in Mexico City, with a completely new look. Having played at Auditorio Nacional more than 50 times over the years, most of them sold out, it was no surprise that the duo captivated the audience, with more than 10,000 fans singing along to their favorite ballads. 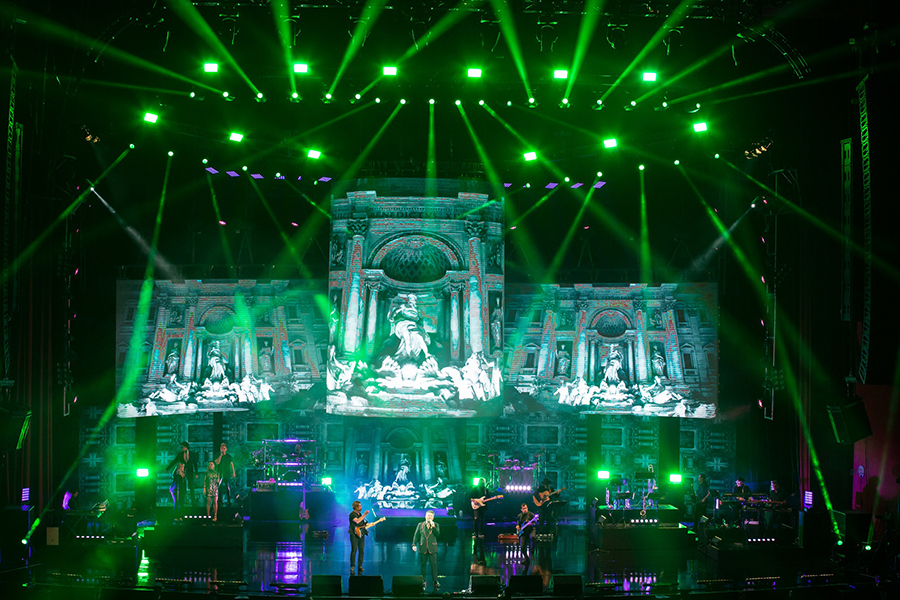 In order to give fans a unique experience for this renewed show, lighting designers Hector Valencia and Axel Rebollo specified a large quantity of Elation Professional lights. “We decided to include Elation fixtures due to the wide range of products they offer and the service provided by the company,” commented Axel Rebollo. “The output, color and gobos of Elation moving heads have become my favorites for the show. Nowadays, Elation is the best option in the market.”

The hybrid Platinum FLX moving heads functioned as the main beam and spot effect light, working from a long vertical line over stage, as well as from shorter left- and right-angled finger trusses. More Platinum FLX fixtures at a downstage floor position both sides of the stage provided additional mid-air beam effects. The overhead Platinum FLX were joined by Protron 3K Color strobes with additional strobes placed along an upstage backline for colorful punches. 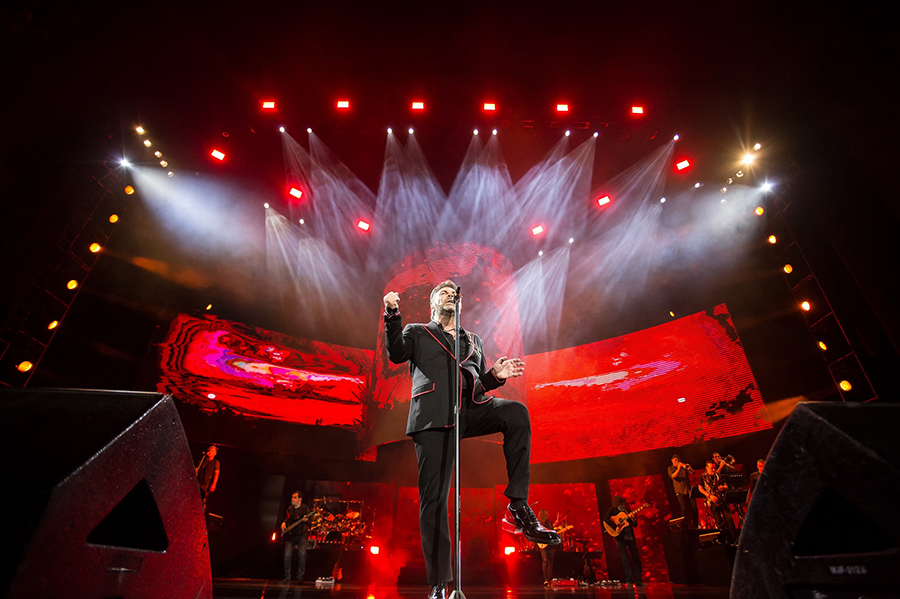 Lining the downstage edge were DTW Bar 1000 and SixBar 1000 battens, providing both colored and white front light for the performers and set, while ACL 360 Matrix panels, positioned both high in the upstage rig and on the floor for sidelight, were used for various high intensity beam effects as well as eye candy. Downstage audience blinder effects came courtesy of DTW Blinder 700 IP lights.

The “Two’r Amigos” tour has several more dates scheduled in Mexico the rest of the year.