When your inaugural event has rock icons like Mike McCready (Pearl Jam), Chad Smith (Red Hot Chili Peppers), Duff McKagan (Guns N' Roses), Josh Klinghoffer (Red Hot Chili Peppers) and Taylor Hawkins (Foo Fighters) on the bill, let’s just say you’re off to a good start. But you also know you need to deliver lighting worthy of that all-star status, and in a western environment where harsh weather is to be expected. That was the challenge local event producers Outlaw Partners and lighting suppliers Jereco Studios were up against at the first annual Peak to Sky festival in Montana in early July.

“We knew going in that we would have to put together a package that would be fitting of some of the biggest names in rock n' roll,” says Frank Douglas of Bozeman-based Jereco Studios. With at least 75% of the live production done by Jereco Studios during the summer months outdoors, Douglas says that in southwest Montana at least 75% of those shows experience some degree of inclement weather. “From sustained high winds, to hail, to rain, to snow, our most exposed fixtures need to be able to withstand that. Elation has led the way with their large selection of IP-rated fixtures.” 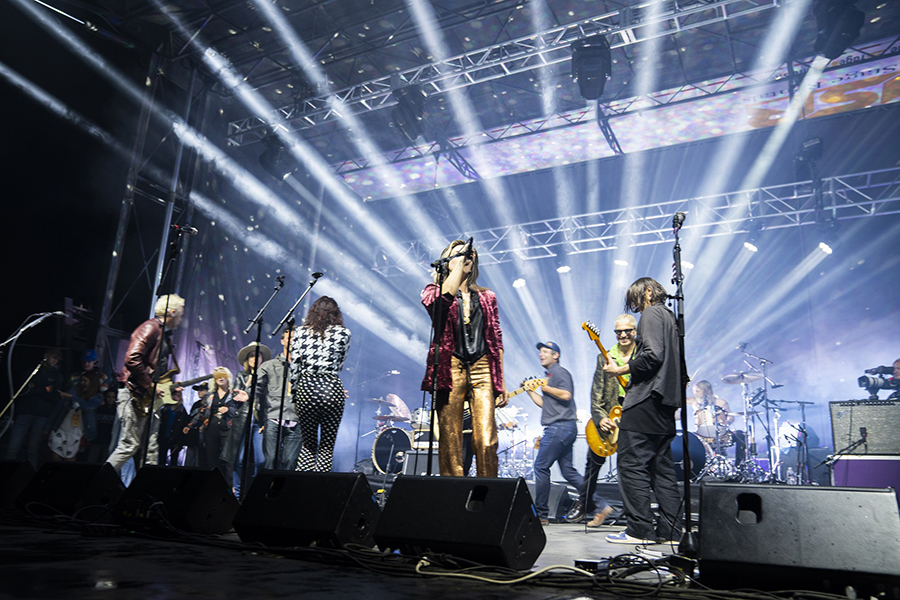 Guitars and grandeur
The 4th of July weekend Peak to Sky festival, curated by McCready, featured two days of world-class rock under the striking backdrop of Lone Mountain in Big Sky, Montana. Produced by award-winning media and events company Outlaw Partners, fans witnessed history as multiple hall of famers took to the stage as an ethereal sky and picture-perfect sunset played out in the background. The festival also featured multi-Grammy Award-winning artist Brandi Carlile and Seattle-based female rockers Thunderpussy.

The IP65 rating of the Proteus Hybrids and Rayzors, along with the DTW Blinders, were key to their downstage placement and role in the rig. “The new Proteus Rayzor 760s have excellent output and zoom all the way out to 77 degrees for total coverage at any distance, making them an ideal wash fixture in their standard mode,” said Douglas. “I normally like to put spots/hybrids on my upstage electric and deck, but the Proteus Hybrids have proven to be a versatile go-anywhere beast. In beam mode they cut through the sky, giving it that big rock show feel, yet they also thrive in spot mode, and at that distance from the cyc were used for crisp gobo projection and animation.” 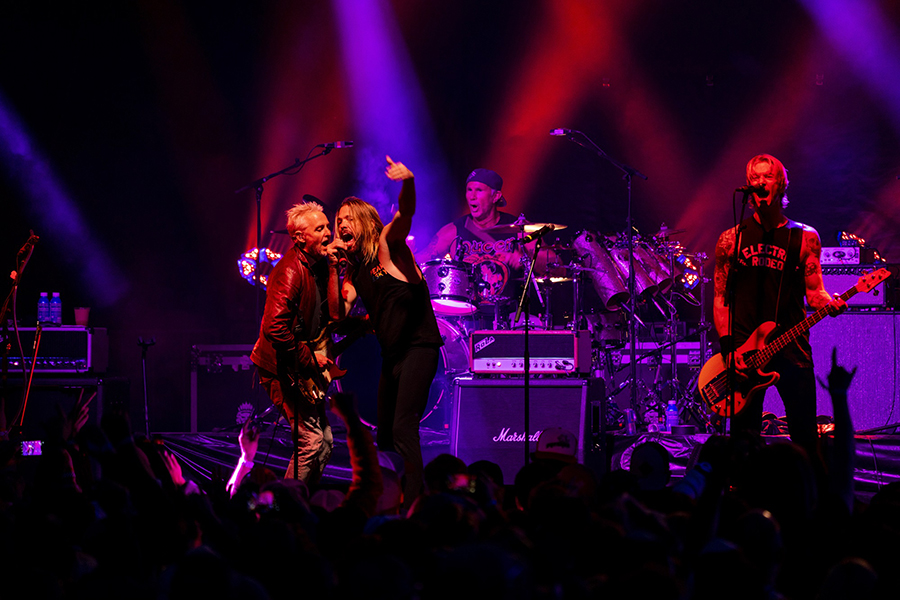 The LD says the upstage Rayzor 760s wound up being a perfect choice for mirroring the large LED moving head effect lights. “I ran the upstage Rayzors in pixel mode, which were plotted in 2D to control each cell,” he says, “making for much more pleasing dimmer and color effects, as well as pixel mapping alongside the LED effect lights in their extended mode.” The potential for rough weather dictated that the Proteus Hybrids work from the downstage truss and not surprisingly the wind kicked up and there was rain on and off throughout the weekend. “Still, all of our Proteus tanks were completely unscathed.”

Useful as a simple wash or specialty effect light, the Rayzor 760 can pan & tilt continuously and along with its patented SparkLED pixel sparkle effect, provides designers ample opportunity to be creative. Douglas describes one of his favorite looks using them. “I was definitely looking forward to utilizing the infinite pan and tilt of the Rayzor 760s. My favorite look using that was to write an effect using the infinite tilt and fanning out the offset and rate to achieve a spider-esque look of continually cascading light beams. I was able to incorporate the new SparkLEDs just by selecting a bunch of my favorite looks from their built-in macros, then manipulating their rate with a fader. It was nice to know I could still get excellent utility from the SparkLEDs even without needing to run them in the full extended 80 channel mode.” Rounding out the rig were SixPar 300s, which provided upwash onto a cyc, while another pair of DTW Blinders were positioned directly behind Chad Smith and Taylor Hawkins' drum risers to create a silhouette when blacking out the rest of the rig.

The future of entertainment lighting
Douglas says he has used Elation Platinum Spot and Beam fixtures previously in his career and has always had good experiences using Elation gear. “Elation has been at the forefront of developing LED and weatherproof fixtures, which are the future of entertainment lighting,” he said. “Since we are sticklers for efficiency and robustness, choosing Elation was a no-brainer.”

Douglas ends by saying he feels lucky to work for a company like Jereco, which affords him the opportunity to work with premium equipment and very talented individuals. “Our live production crew is one of the best around and they make my job the best a guy could ask for.” That Jereco crew consists of Jeremiah Slovarp (Owner), Stephan Gueguen (Technical Director/FOH Engineer), Matt Grayson (Monitor Engineer), Garrett Stephens (StageLine Tech), and “the most integral piece to our lighting world our L2, Lauren Plant.”

With 5,500 people attending the two-day, sold out event in Big Sky, the inaugural Peak to Sky festival was a big success. After the festival, McCready, who took part in a number of classic jams throughout the festival such as renditions of Aerosmith’s “Sweet Emotion,” David Bowie’s “Ziggy Stardust,” Prince’s “Purple Rain” and an epic Led Zeppelin medley, said he hopes to make the festival an annual event.