Proteus™ on the Rise at Réunion Métis Art Festival

Réunion Island, in the Indian Ocean east of Madagascar, recently premiered a new cultural event, Réunion Métis, a multidisciplinary art festival dedicated to living together. Held September 27 - 29 along the seafront in the city of Saint-Paul, and free to all, the experience encompassed music, art, dance, food and light art installations, including a brilliant light show with nighttime sunrise courtesy of local company Stage OI and Elation Proteus Hybrid™ moving heads. 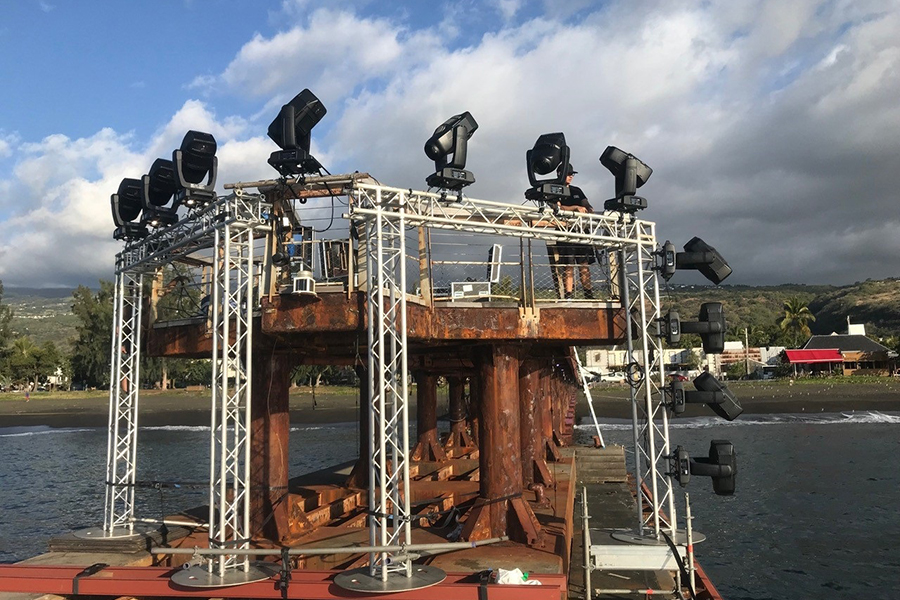 Réunion Métis was a new way of experiencing culture in Réunion with all the senses brought into play. Co-created by PORLWI and Sanjeyann Paleatchy, the festival was an opportunity for local talent to immerse islanders in inspiring art and light. One special light art installation involved a son et lumiére at the end of the Saint-Paul landing pier, a light and sound atmosphere with lighting effects from Elation Proteus series moving heads. Mounted on an arch truss structure at the end of the pier, the multi-functional Proteus Hybrid were used in beam mode to create a variety of eye-catching effects including emulating a sun rising from the ocean. Other moving heads, LED Par lights and LED strip lights added to the captivating environment.

Rental and production company Stage OI was in charge of the technical aspects of the installation – lighting, sound, video and power distribution – with lighting design by company Move for Art of Mauritius with the collaboration of Laurent Chapot. Elation’s French distributor Best Audio & Lighting recently sold Proteus Hybrid and Proteus Rayzor 760 fixtures to Stage OI, who sub-rented additional Proteus from Dushow for the art installation. “We have been focused on Elation products ever since Best Audio & Lighting took over as an Elation distributor in 2018,” stated Stage OI’s Ian Henderson, adding that the Proteus Hybrid and Rayzor are their first purchase of Elation products.

“We needed a very powerful light with an IP65 rating to be placed at the end of the dock, just above sea level,” explains Henderson, who turned to the 23,000-lumen arc source luminaire for the project. “The Proteus’s powerful beam and the power of the color were key but the IP65 rating was the most important feature, also that it didn’t lower the other qualities of the fixture.”

The island’s humid and sometimes wet climate, not to mention the installation’s exposure at the end of the pier, posed no issues for the Proteus Hybrid, arguably the most successful IP65-rated moving head on the market. Yet the award-winning luminaire’s IP65 rating means much more than just water protection. Because Proteus luminaires are sealed against dust ingress and virtually any other contaminant, they require less cleaning and little maintenance. Add a wealth of design features and they have opened up for creative lighting in environments that previously would have posed a challenge. 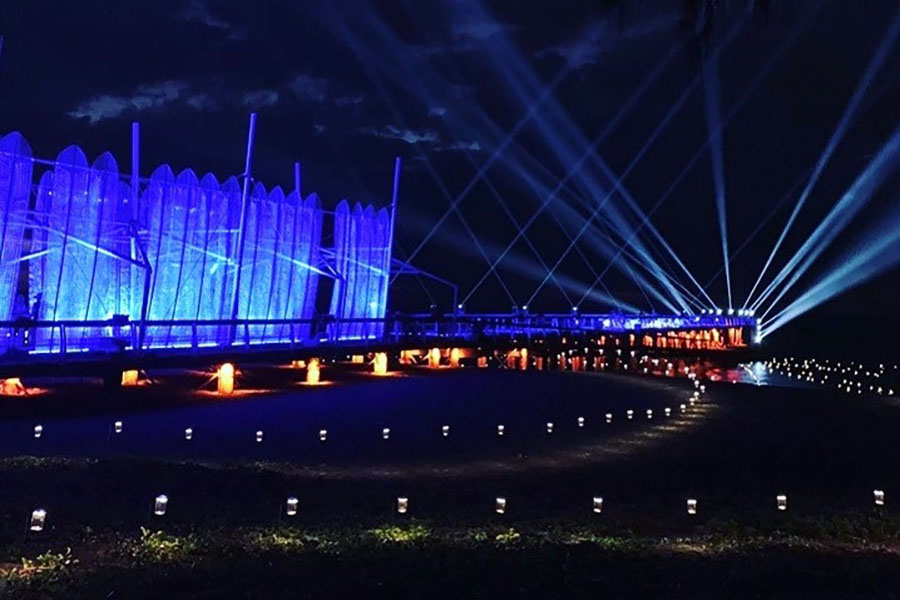 At Réunion Métis, local artists and companies mobilized to represent the richness of Réunion Island to locals and visitors alike, making the inaugural festival a unique and stunning success.