Event production company GENETIC Productions is out with Morgan Wallen as the rising country music star opens as direct support on Luke Combs’ "Beer Never Broke My Heart Tour," a North American stretch that wraps in mid-December with shows at 20,000-capacity Bridgestone Arena in Nashville. GENETIC has again supplied an Elation rig for the singer after having supplied Wallen’s inaugural headlining tour, “Up Down,” last year. GENETIC serves as the lighting and video vendor for the outing, working closely with designer Zac Coren. 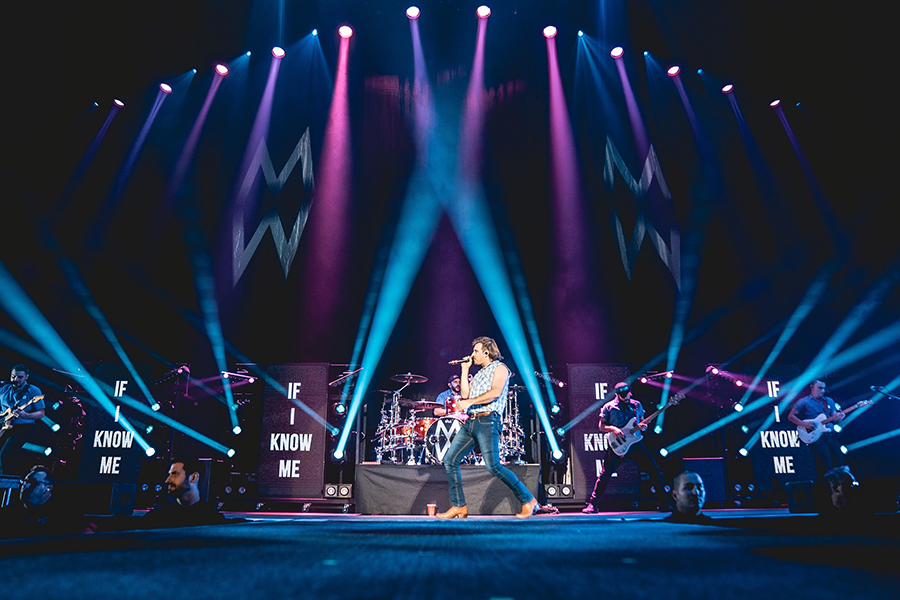 The lighting rig packs a punch with tight 3-degree beams from Elation DARTZ 360™ LED moving heads energizing the atmosphere while immersing the stage and crowd in color and effect. Zac Coren, who serves as lead LD, says the DARTZ are the main focal point of his design. “They provide a lot of dynamic looks and have a great feature set to accomplish a variety of looks,” he says. “The DARTZ, being a beam fixture, play the role of creating energy on stage. They're bright enough to throw all the way across an arena and really pull the audience's eye to the stage. I also have been really happy with the looks I've gotten from the prisms, as well as the frost. The frost has the perfect balance of washing out the unit and giving it a completely different look while also keeping enough intensity to make a big impact.”

Coren explains that when designing the show he sought a light that could generate energy within each mood whether for an upbeat tune or one of the ballads that fill the set list. He was able to achieve one of his favorite looks for the song "Chasin' You," where the DARTZ all point to the singer at center stage. “With the prism in, they really create a lot of texture and movement around him,” he says of the look. In addition, Wallen’s recent collaboration with American DJ Diplo gave Coren the exciting challenge of creating a look for a completely new type of song, "Heartless.” “For this I chose to really let the frost filter do its job in washing out the beam and creating the perfect vibe for the intro,” the LD states. “In songs like The "Way I Talk," "Up Down," and "Whatcha Know 'Bout That," I use the DARTZ to throw beams far and create a lot of movement on stage to go with the higher energy of the tracks.” The title track off his album, "If I Know Me," really allowed Coren to show off the fixture’s color mixing. “Being able to mix vibrant colors, I was able to get a great cyan that helped set the mood for the looks in the song.”

GENETIC Productions President Andrew Sparks says that besides its versatility the rig has another key benefit, namely easy handling. “The rig has also been designed for super quick deployment and breakdown,” he says. “In fact, the entire rig fits in a single trailer pulled behind a bus. The design consists of four separate set carts and each cart serves as both the show and transport location for the lighting and LED video.” 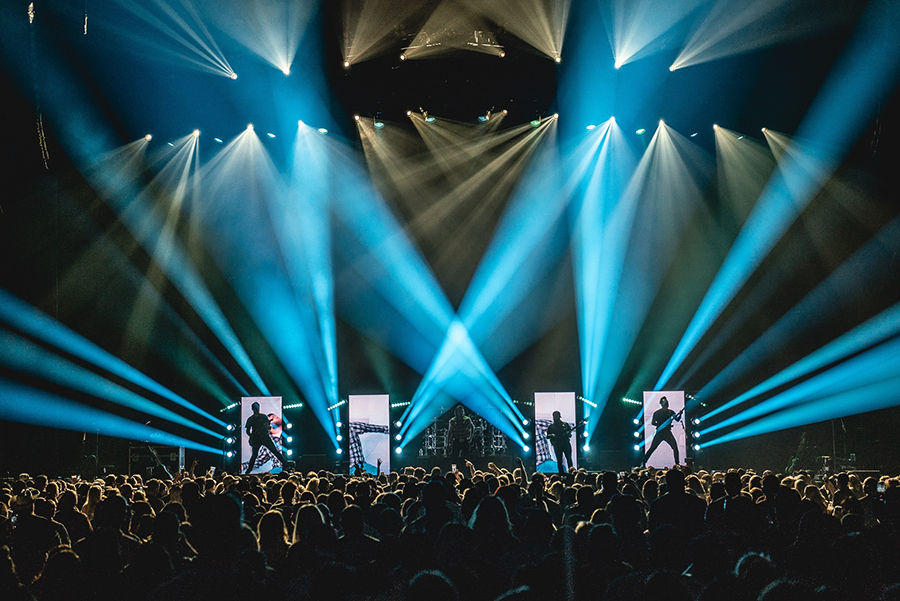 Each set cart holds six Elation DARTZ 360™, two Cuepix Blinder WW2™ fixtures, two ACL 360 Bar™ LED battens, and one 2m tall x 1m wide AV4 LED video wall from Elation sister company ADJ.  “The carts are designed to allow the top panels, along with the two ACL 360s, to easily fold back, making the carts easy to roll through standard doorways,” Sparks explains. “Two carts are set on either side of the center-positioned drum riser, allowing for a symmetrical look that allows for a wide backdrop to Morgan's set.”

Coren adds that each cart is configured with the ACL 360 Bars mounted towards the top. “This is a really fun way to add some back light to the band as well as some eye candy,” he says. “The linear look also accents the overall configuration. The WW2 blinders are mounted low on the cart to help complete the picture when I add them in with whatever moles I'm given in the house rigs. Having the WW2s low also creates some dynamic looks like being able to create silhouettes on stage. The AV4 panels are configured in a 2 wide x 4 high configuration and do an excellent job at adding a backdrop to the stage, as well as giving something visual for the audience.” The complete rig is made up of 24 DARTZ 360™, 8 ACL 360 Bars, 8 Cuepix Blinder WW2s and 32 AV4 IP LED panels.

Coren acknowledges the ADJ video team and says he has been extremely impressed with the AV4 panels, as well as the Elation/ADJ team for continuing to support GENETIC and him throughout the years. “I would also like to thank Morgan and his team on the road as well as Big Loud for trusting me with their show. I am so grateful to be given the opportunity to design and create with an awesome group of people.”

GENETIC President Andrew Sparks concludes, “It has been a blast working with Morgan, his band, and his management team at Big Loud. They are all a group of true professionals and we are grateful for the opportunities they throw our way. We are excited for what the future has in store for Morgan Wallen!”