Reality music competitions have had massive global success since first appearing in the early 2000s and with good reason. They work and fans love the format. Take Spanish singer Aitana as an example. Aitana first gained recognition in 2017 as runner-up of the Spanish reality TV music talent competition Operación Triunfo and she has enjoyed popularity and a number of hits ever since.

This past summer, the 20-year old singer released her debut album, Spoiler, which topped the Spanish charts, then launched her much-anticipated Play Tour with lighting design by SomosLuz (www.somosluz.eu), a Barcelona-based design studio who worked with Brutal Events on the creative process. SomosLuz turned to the Elation Rayzor 760™ LED moving head to create a special design element for the show - four upstage Play buttons used for dynamic beams, eye candy looks and other special effects. 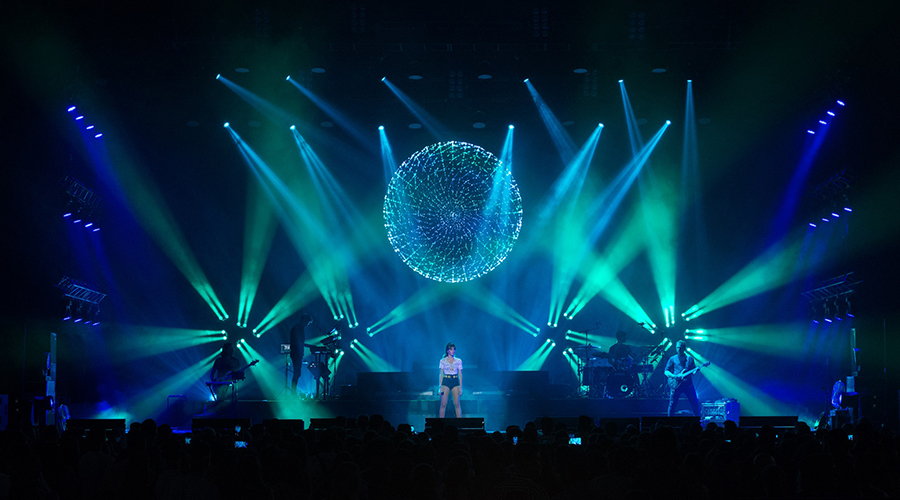 Describing the show’s visual look, the design studio stated, “The central element of the design is an inverted pyramidal LED screen with a staircase, which is used as a podium for choreography and spectacular entrances of the artist. It is surrounded by four totems with Rayzor 760s mounted in the shape of the digital Play button.”

Used to form the tour’s signature Play button symbol, the Rayzor 760s create a number of interesting backlight scenes. The SomosLuz studio states, “We originally thought of using another LED luminaire but rental company Ilusovi showed us the Rayzor 760, which we liked for its size and versatility. We thought it would work well to illuminate the stage to create effects like pulsating play buttons, chase effects, or splayed beam looks. Its zoom range and the possibility to pixel map were very important and we also use the fixture’s SparkLED effect as a scenographic element.”

The Rayzor 760’s SparkLED system is a unique feature of the luminaire and is patent-pending innovation. SparkLED is a pixel effect of 2W white LEDs placed inside the fixture’s 7 oversized front lenses that works as a sparkle effect to create interest and depth on stage. Combining its powerful output with SparkLED while utilizing the 360-degree movement opens up for a multitude of design possibilities from wide stage washes or mid-air beams to more subtle effects for mood generation. 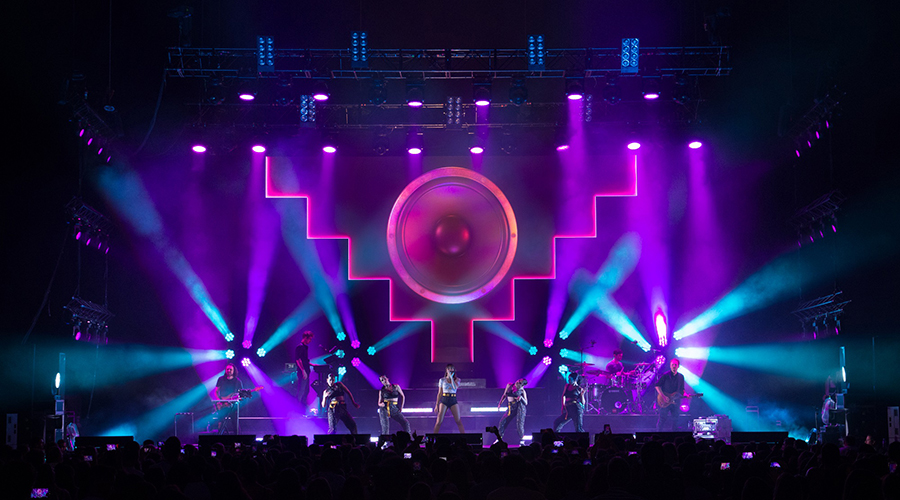 Rental company Ilusovi supplies the lighting, video and audio for the tour, a Seville-based firm that SomosLuz says has been great to work with. Ilusovi introduced SomosLuz to the Rayzor 760 fixtures. “One of the Rayzor 760’s main features is the continuous 360-degree rotation in pan and tilt,” comments Ilusovi’s Inma Rodrigo, head of lighting equipment for the Aitana tour. “In addition, control over each pixel/LED allows you to program the LEDs as rings or at pixel level. The SparkLED effect and the speed control of the SparkLED macros is also a great feature.”

Rodrigo says that setting up the Rayzor 760 has been quite easy with the low power consumption facilitating linking many fixtures together. “It is very versatile when connecting thanks to the 5pin DMX IN and OUT, the RJ45 Ethercon IN and OUT, and the support of the ArtNet, SACN and RDM lighting protocols,” she says, adding that they use them in extended mode (80x DMX channels). The Rayzor 760 wasn’t the only Elation luminaire in the Aitana Play Tour rig. Elation Chorus Line 16™ RGBW pixel bars with zoom and tilt movement were used for added color. 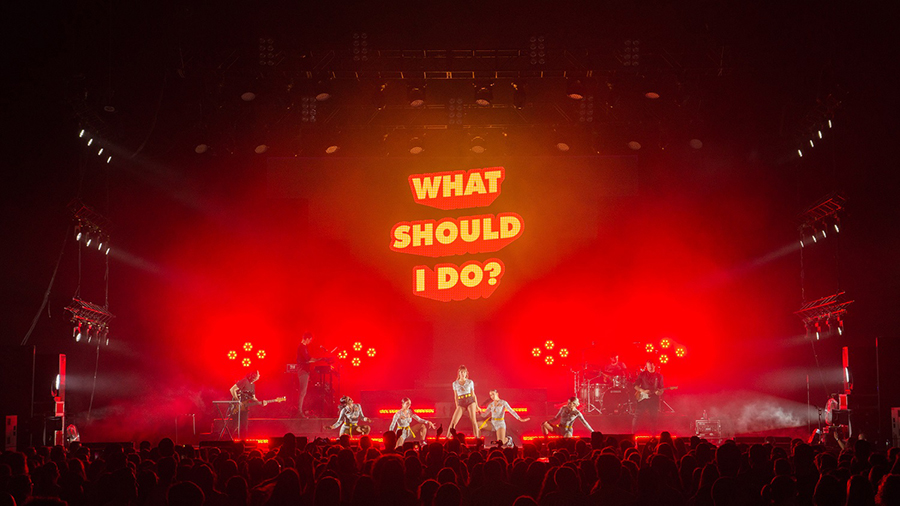 Aitana puts on a festive and emotional performance, opting not for a single style yet playing a diversity of numbers in a beautifully choreographed show. A 2019 Latin Grammy Award nominee for Best New Artist, the Barcelona-born singer certainly has a bright future ahead of her. The high-profile Play Tour has played 4,000-12,000 capacity venues across Spain, a run that has included festival dates, as well as a sold-out show at Palau Sant Jordi in Barcelona where a live DVD was recorded. The tour ran through the fall with a few select dates scheduled in December.