Situated in the heart of New York’s iconic Times Square, seven floors up amid the luxury of the new EDITION boutique hotel, is Paradise Club, a tantalizing nightclub and performance space of the highest standard. The brainchild of Studio 54’s Ian Schrager and home to an immersive dinner theater and modern-day cabaret called “The Devouring: A Marriage of Heaven and Hell,” Paradise Club hosts an Elation Professional lighting rig specified by AVL design and integration firm Clair Solutions with input from Yossy Marquez of J. Marquez Consultants, Inc. 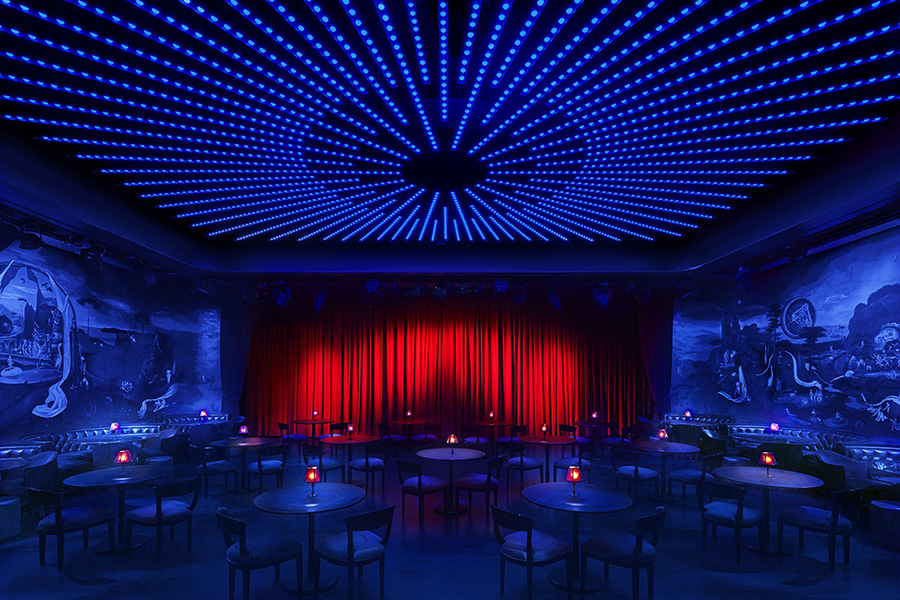 Clair Solutions served as audio/video/lighting/control consultant and integrator on the comprehensive Times Square EDITION project, which included several spaces around the boutique hotel. Michelle Caron of Clair Solutions was the performance lighting system designer and project manager for the AVL system in the building and designed the theatrical lighting and control for the 200-seat Paradise Club.

Caron says she sought flexible lighting fixtures to meet the artistic needs of many types of artists from Donna Summers to modern EDM DJs, as well as to cover the late night dance floor. She chose an Elation lighting system of Artiste DaVinci™ LED moving spots, Fuze Wash Z350™ LED moving head washes, SixPar 200™ LED PAR lights, and SixBar 1000™ LED battens. The fixtures are located in the over-stage grid and out in the house, spread along four lengths of truss that flank the dining and dancing area.

The designer calls the Artiste DaVinci the “artistic workhorse” of the rig, used for pattern projection, color washes, aerial effects, and as followspots. They also act as fill and effects for the dining experience created by the Michelin-starred chef. The Fuze Wash fixtures light the cabaret production before transitioning to color the late-night dance floor while the SixPars provide color washes for the stage and the bespoke murals inspired by Hieronymus Bosch, a signature of Ian Schrager hospitality properties. The yard-long RGBAW+UV SixBars add color wash to the stage.

“As the system designer, what stands out in the fixture lines is their reliability and readiness to perform ‘under pressure’ with a festival-style rotation of lighting designers and consoles,” designer Caron states. “Professionals are familiar with the fixtures when they walk in the door and the gear is always ready to perform. The room itself is in high demand, so there isn’t down time to swap out or service fussy fixtures.”

Caron’s colleague at Clair, Tim Jacobs, served as the installation project manager for the AV in all the public spaces and penthouse, as well as the theatrical and architectural lighting for the club. “He was the liaison between myself and all the trades, and responsible for all of our equipment being installed as designed,” Caron says. “Due to the size of the project and the complexity of the personalities, it was a more-than-full-time job for 18 months.”

Yossy Marquez was also invaluable, according to Caron. “An amazing collaborator, her previous experience with ISC and her understanding of the intricacies of work in Times Square gave us necessary insight to get work done at critical junctures. She often jumped in to help in small areas of scope gap between trades, and we all helped keep each other sane. The project would not have been completed without TJ, Yossy, myself and the Chinese restaurant downstairs, which served as our retreat and sustenance on many occasions!” 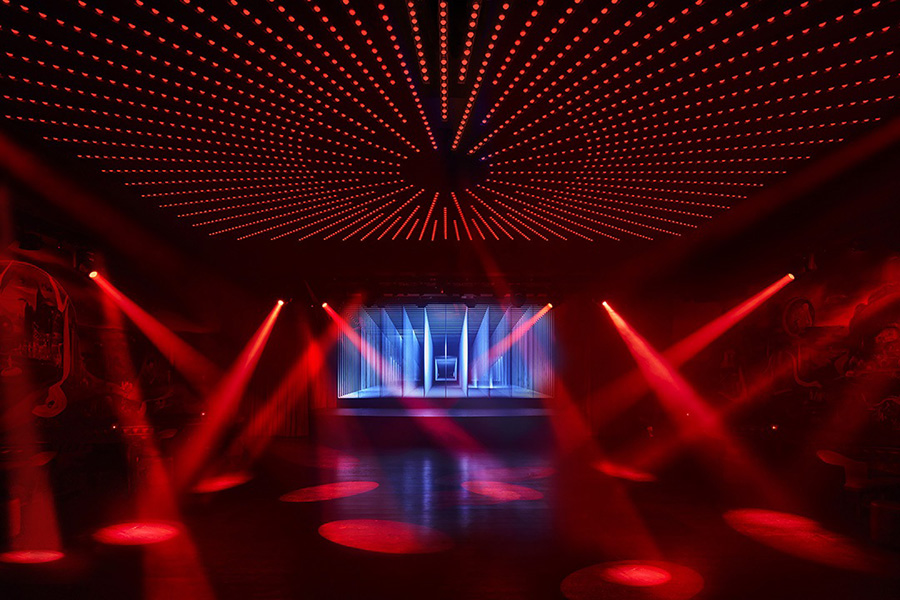