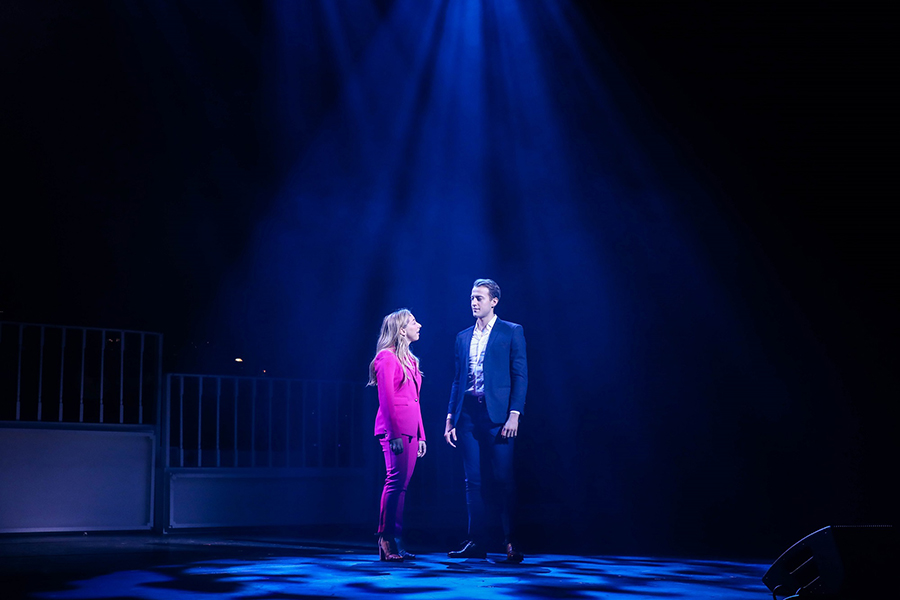 Delman reached out to Elation and 4Wall in August looking for a profile fixture for the musical and quickly whittled it down to the Artiste Picasso or Artiste Monet. “This is a theatrical show and the Picasso fit in well. It was a bit smaller and we didn’t need the extra bells and whistles that the Monet has,” he said. “Being compact was convenient and better fit our needs.”

At roughly 2 ½ hours, Legally Blonde is not a short, easy-to-light pop musical yet a fairly complicated show as Delman explains. “Most musicals that are adapted from movies are a bit more intricate than a show written for the stage because they tend to have many locations and quick scene jumps, even in a single number. That necessitated a fixture that could fulfill a number of roles.”

On top of that, the designer says the schedule was extremely tight with only 12 hours of tech time and 6 hours for a dress rehearsal. “Because of that, we needed a fixture that could do what we needed it to do quickly and the Picasso fit the bill.” With speed of the essence, a feature of the Picasso that the designer says was a big time saver was the auto focus on the gobo wheels, as well as the fast zoom and ability to quickly call up saturated reds or blues using the CMY color mixing system and color wheel. “All of this led to speed, which was absolutely the name of the game in this case.”

“In one number we had two of them focused on a table and another six doing individual special spots making shapes on the stage or table,” Delman says, “and then very quickly we had to have them in a nice wash for an outdoor scene. Within a few seconds they were back in place, gobo and color switched and ready to come back on for this backlight scene. The smooth transition of the zoom, iris, and color change was really nice. They were fast and it was nice to be able to trust that the fixtures would reset in time.” Used in every scene “in one way or another,” the Picasso’s multifunctionality provided both flexibility and time efficiency. 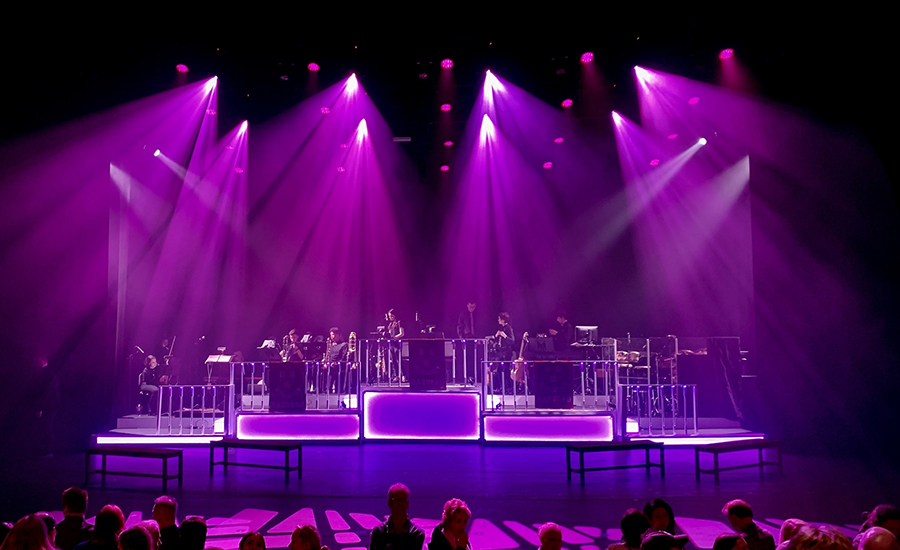 Despite positioning at relatively low trim heights, Delman says the fixtures’ noise level was exceptionally low. “The space is pretty compressed but you could not hear the difference in the house whether the power on the Picassos was on or off. We had them on top of the band and behind the actors and we did not pick up any sound in our mics.”

Tisch New Theatre is a unique, participatory theatre club open to all students that puts on one full-scale musical each year. All NYU students campus-wide can take part in the production, giving performance students the opportunity to collaborate with students they would not normally work with. Legally Blonde ran from November 1-3 at the 850-seat Skirball Center for the Performing Arts, the largest theatre on the NYU campus.

You can learn more about Tisch New Theatre at www.nyutischnewtheatre.com/

You can learn more about Mason at www.masondelman.com