Winkler, based in Wohlen, near Zürich, is one of the largest full service companies in Switzerland, handling virtually all aspects of exhibition, corporate and public events from initial idea to execution. Since its founding in 1996, Winkler has often employed Elation lighting in its broad portfolio of projects, but the KL Fresnel acquisition marks the company’s first purchase of Elation gear. 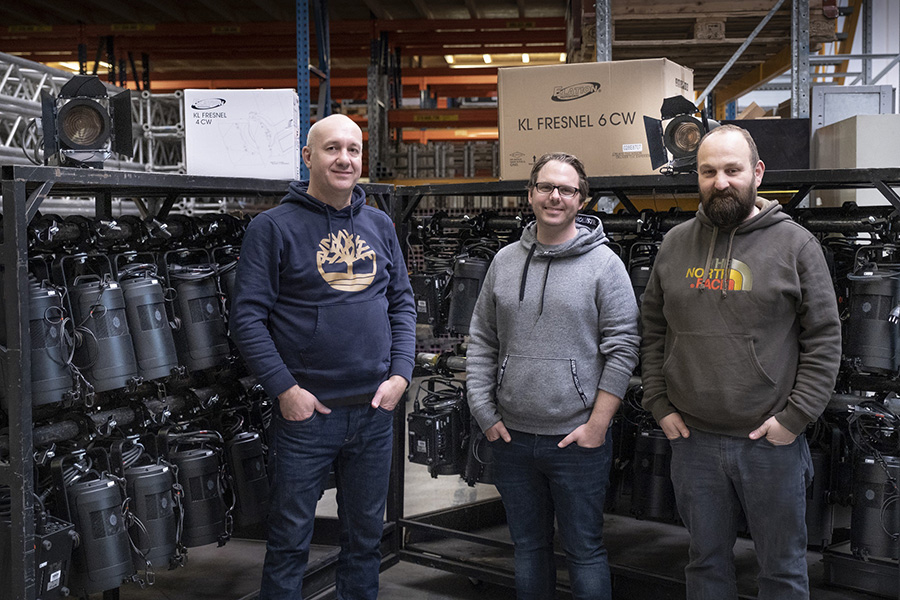 “We continue to replace our bulb-based static lights with LED versions and invited several distributors to a shoot out here at our facility,” recounts Frank Burghardt, Head of Sourcing at Winkler Livecom. “Elation’s Swiss distributor Cast came with the KL Fresnel 4™ and Kl Fresnel 6™ and in the end it was the price vs performance ratio of the KL series that was the best.”

“We decided to invest in the cold-white version and then we can add full CTO or half CTO filters when we need a warmer look. It was a smart solution and gives us the flexibility to cover a wider color temperature range,” states Burghardt, adding that they also preferred the KL Fresnel’s manual dimmer knob on the back of the fixture, which was important as it allows Winkler to employ them more easily as a stand-alone light.

Useful for a variety of purposes including keylight, washes and front light, Burghardt says the quality of light was also impressive. “The output was excellent and the light was very homogeneous, also at the sides of the beam where it appeared very uniform and without a green or red tint. I should also mention the build quality. When you handle the lamp, you can feel that it is solidly built. There was really nothing on it that we would have changed.”