Slovakia television’s The Farm (Farma) is a successful competition reality show that has been airing on TV Markiza since 2011. In December, long time Bratislava-based production rental company and Elation distributor ADAM A SYN installed 15 Rayzor 760™ LED moving heads on The Farm set in a lighting upgrade that has increased the creative possibilities for lighting designers Michal Schmidt and Ondrej Štalbaský and boosted the overall appearance of the show. 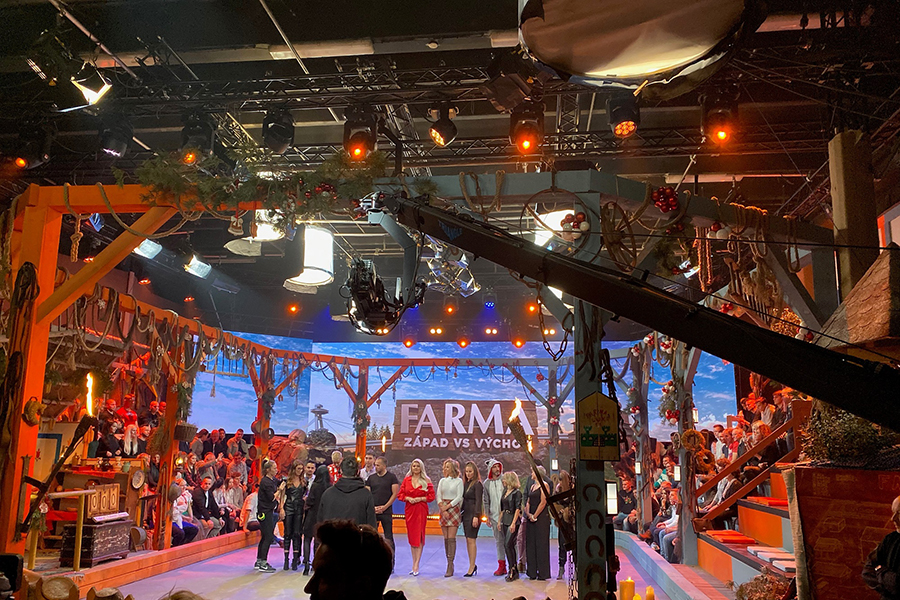 Filmed at Shining Studio in the city of Stupava, The Farm takes a group of city dwellers and casts them out on a rural farm to fend for themselves. Living without modern conveniences and having to procure the necessities of life themselves, the contestant who best endures the trial and conquers a series of challenges emerges as the winner. Extremely popular, a quarter of the Slovakian population often tune in to The Farm each week.

Used to color scenery and props and provide uniform washes across the set, as well as backlighting, the lighting designers are “very satisfied” with the LED wash/beam light according to Alan Pastorek, main technical engineer at ADAM A SYN. “With the super wide zoom, the Rayzor 760 is an effective wide-coverage color wash light and also has a good white color. They are a nice complement to the other fixtures in the rig and are a good replacement for some of the more expensive wash/beam lights out there,” stated Pastorek, who adds that the low power draw of the fixture was also an important factor in its choice. 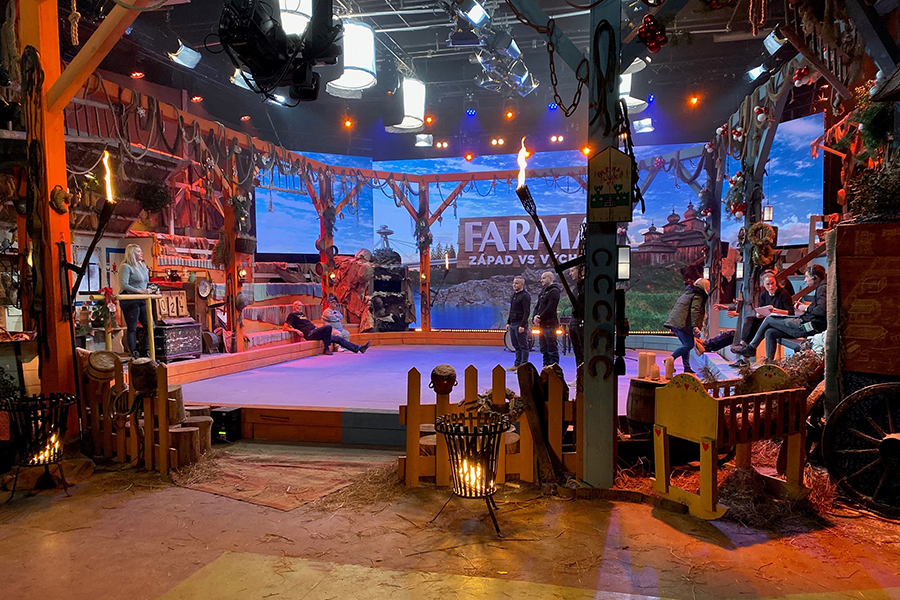 Located throughout the overhead rig, the Rayzor 760 produces a well-defined beam from its 60W RGBW LEDs and with a wide 5 to 77-degree zoom can then spread exceptionally wide for a full-coverage even wash. For broadcast environments like Shining Studio, its linear color temperature presets (2,700 - 8,000K) and DMX adjustable refresh rate also make it a camera-friendly unit. ADAM A SYN reports that they plan to keep the versatile LED light busy on several events and techno parties throughout the year.