Because you never know what Mother Nature has in store, playing outdoor stadium dates, no matter what time of year, is always a bit nerve-racking for concert touring technical and design personnel. On English rock band Muse’s acclaimed 2019 “Simulation Theory” world tour however some of that angst was eased by Elation Proteus Hybrid™ IP65 moving heads that were impervious to the wet European summer. 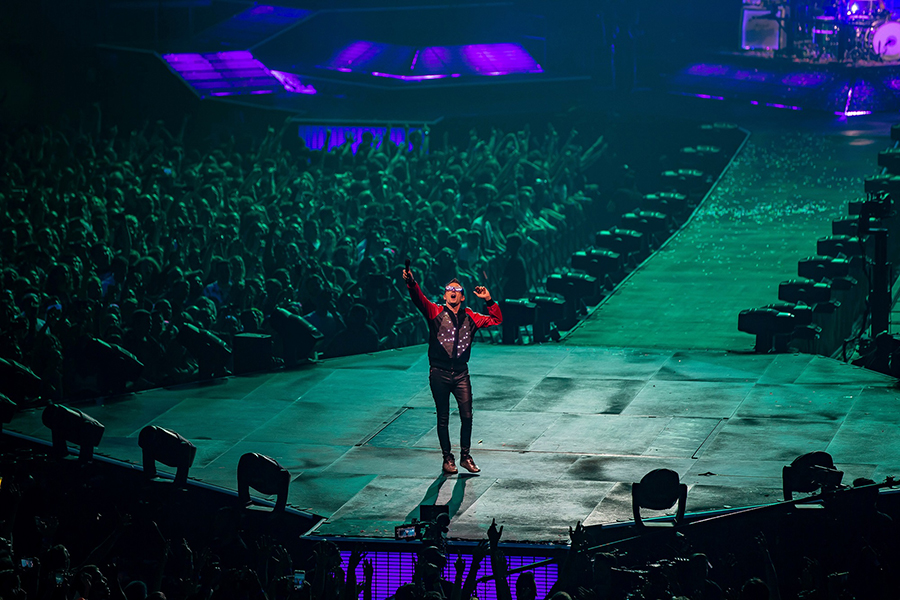 Designing lighting for the tour, which started early in 2019 and wrapped in October, was Sooner Routhier, her first lighting design for the band and her first experience using Proteus fixtures. She commented, “We needed a strong IP65 rated fixture for the rainy, European, outdoor stadiums. They had to be a punchy hybrid beam to reach the high levels in the stadiums. We also needed a fixture that could handle all the intricacies of Muse’s music. This was my first experience with Proteus and they were the perfect fixture for our needs.”

Muse travelled the world throughout 2019 in support of their late 2018 “Simulation Theory” release. Sci-fi thematic with 1980’s and video game inspiration, the tour’s artistic direction was by Jesse Lee Stout with lighting playing a major role in the show. Routhier’s stimulating design carried out into the audience via a runway that connected to a B stage that allowed the band to engage with their audience. For the outdoor stadium shows, as well as a pair of London O2 arena video shoots, the immersive visual look was amplified with lines of Proteus Hybrid on both sides of the runway and encircling the B stage.

“Sure, we used them because of their badass IP rating but they were also good at accenting the intricacies of Muse’s music. I think my favorite moment was during the song Thought Contagion, where they were focused on the runway and the B stage to light the zombie dancers in eerie green light. They were also used to create webs of laser-like light above the audience for Act IV - Ultraviolet. Another favorite look is when they formed a pyramid of beams above the B stage,” Routhier said. Worldwide lighting supply for the tour was by US rental company Upstaging.

Routhier and Aaron Luke programmed the show with Luke out on the road handling lighting direction and operation. “The Proteus Hybrids held up outstandingly well,” Luke added. “We had a very wet summer in open stadiums all around Europe, and it was nice not having to worry about those fixtures.” With a reputation for energetic live performances and known as one of the world's major stadium acts, “Simulation Theory” did not disappoint. 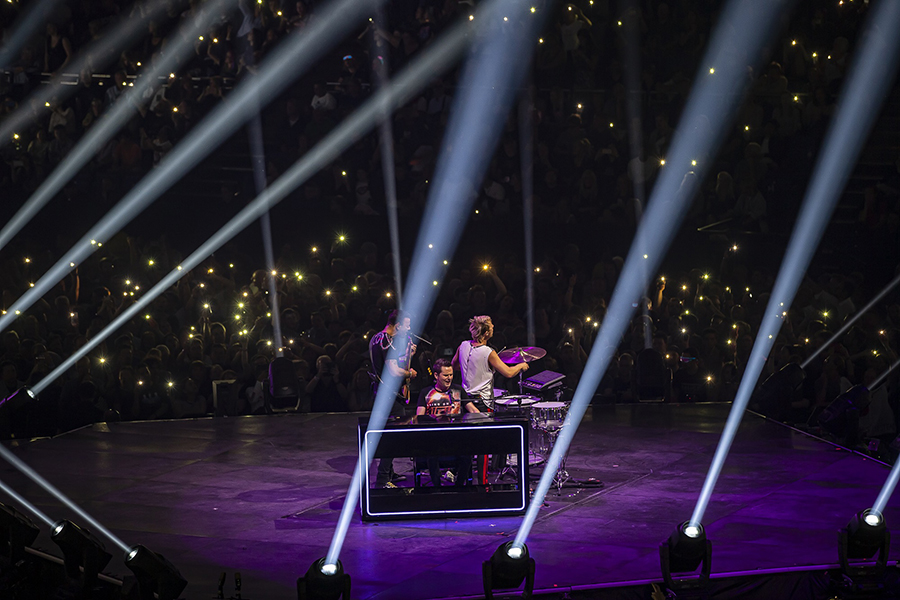