At the end of its regular season of Shakespeare in the Park, New York’s Public Theater stages an open-air production at Central Park’s 1,800-seat open-air Delacorte Theater. This past season, the glorious story of Hercules was presented, a theatrical pageant brought to life by some 200 performers with an enchanting lighting design by Tony-award winning lighting designer Tyler Micoleau. The designer turned to Elation Professional’s multi-use Proteus Hybrid™ luminaire to provide visual impact in the outdoor environment. 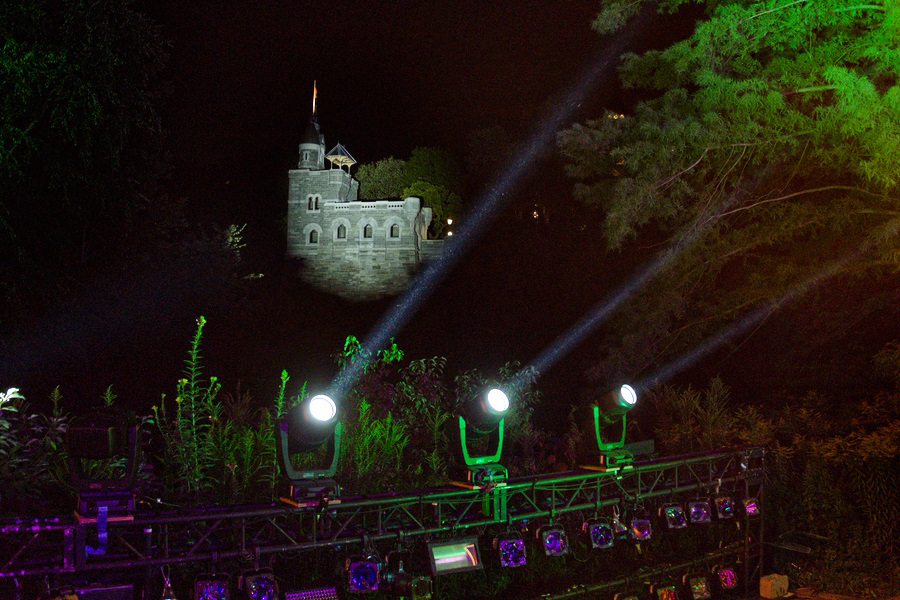 Micoleau had worked on two Shakespeare shows in Central Park earlier in the summer, but it was a very different plot he knew he needed for Hercules. “The musical Hercules, in a theater as large as the Delacorte Theater in Central Park, required (pun intended) very muscular lighting approaches,” he comments. “The Elation Proteus Hybrid provided just that muscle. In 2-degree beam mode, the Proteus fixtures gave me the powerful concentrated beams I needed to create beam architecture above the stage and the five 28-foot Grecian columns of the set. We were bouncing light off of the clouds passing by; it was crazy. We joked that we needed to alert air-traffic control to warn passing helicopters and small planes.”

Alex Brandt, lighting supervisor at The Public, worked with Micoleau on what gear to use on the production. He states, “Because it’s The Public Works show and it’s such a short run, we don’t have a huge budget to add in new fixtures. Set Designer Dane Laffrey had produced renderings that included finger-like air effect elements from upstage that Director Lear deBessonet liked the look of. We wanted to make that happen but none of the equipment we had in the Park could accomplish that as we didn’t have weatherproof gear and really didn’t want to put fixtures in bubbles, which is an eye sore. Tyler and I knew that we needed to find a bright instrument that was IP65 rated with enough of a zoom to really get those columns of light coming up from behind the stage.

Consequently, Micoleau and Brandt demoed the Proteus Hybrid one mid-summer night in Central Park after one of the Shakespeare productions. “I spoke with John Dunn [Elation National Sales Manager] about what we could try out to have more IP-rated fixtures for this coming summer, so it was a good opportunity to try the Proteus out,” Brandt said. “We looked at it against a bunch of different units from various companies and liked what we saw.” 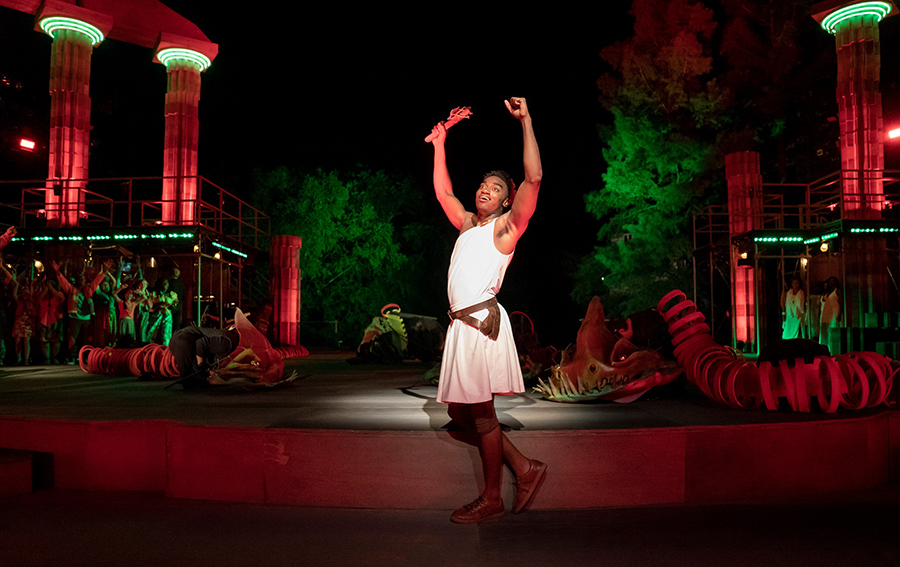 Micoleau chose the Proteus and placed seven of the IP65 arc-source units atop a goalpost for light architecture above and behind the Delacorte stage. Used throughout the show, the multi-functional beam/spot/wash units with 23,000 lumens of power and zoomable in all modes fulfilled several roles – beam and air effects from upstage, character highlights (costume design by Andrea Hood,) and backlight wash when actors entered the stage from upstage stairs. The Proteus fixtures were supplied through Christie Lites, who served as The Public’s intelligent lighting vendor for the summer. 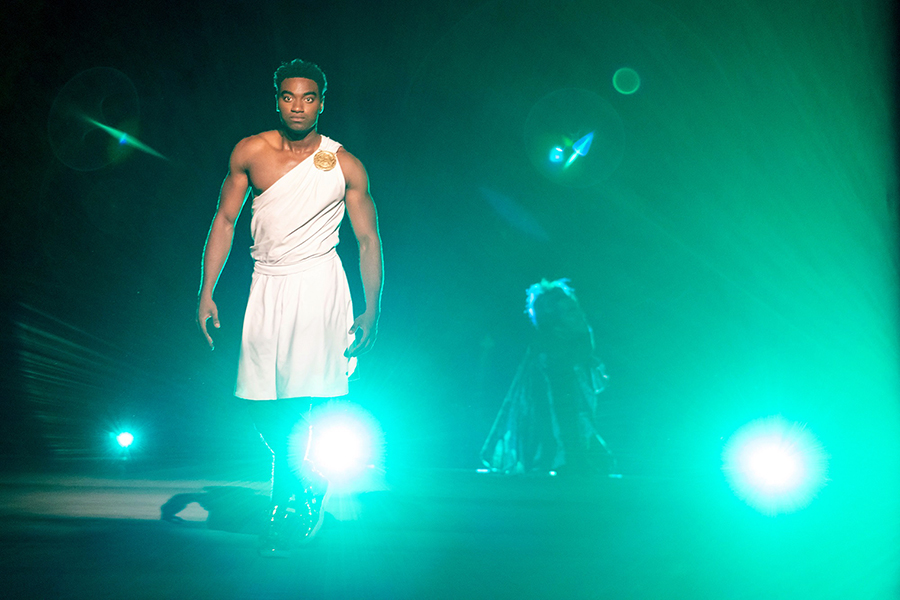 Conceived over 60 years ago as one of the nation’s first nonprofit theaters, The Public show each summer at the Delacorte Theater includes a handful of equity actors who perform alongside amateurs from different community groups, a deliberate blurring of the line between professional artists and community members. The enthusiastic, feel-good Hercules received rave reviews and the Delacorte Theater was packed during its August 31 to September 8 run. Assistant lighting supervisor Michael Bateman served as production electrician on the show.