Elation pixel creativity for Jessie Reyez - Being Human On Tour

Jon Stanners, one of two owners of Winnipeg-based production and design company Red Rover Entertainment, turned to a pint-sized yet powerful Elation lighting package on Canadian singer Jessie Reyez’s “Being Human On Tour” outing. Soundbox Productions of Ontario served as lighting vendor for the tour, which played dates in Canada and the US. 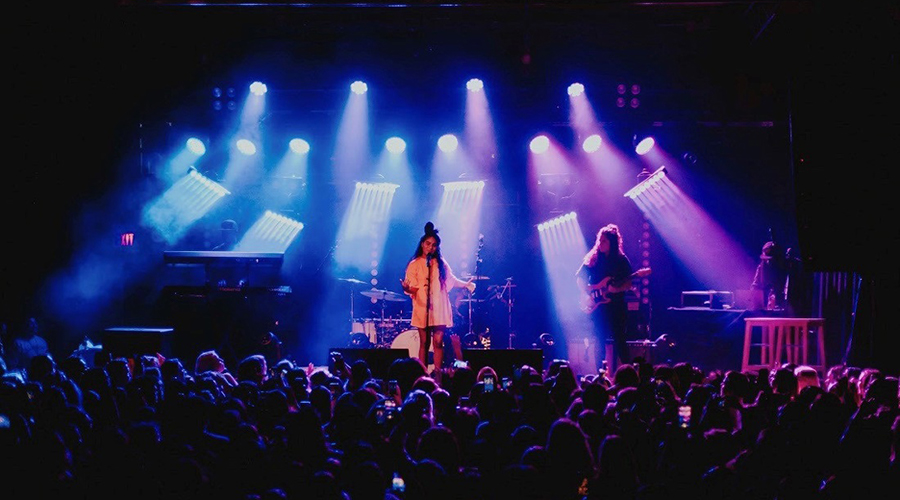 Not only did Stanners design a lighting system that fit the budget, he made sure the rig was an appropriate fit for the 500 to 2000-capacity venues the tour played, not to mention the transportation used to haul the gear. “The design was created to have the most impact for these small venues but also had to fit in a single trailer with everything else,” explains Stanners, who has worked with Reyez for the past two years and handled design, programming and operation for the tour along with lighting production management. “Part of fitting into small venues has to do with the power situation and choosing LED was part of that decision.”

Stanners says one of the components he wanted in the design, something he hadn’t had in the past, was more pixels. “I wanted something that could create a lot of gradients and a lot of different effects,” he explains. “Having a lot of pixels is one way of creating that.” Most of those pixels came from Elation ACL 360 Bar™ and SixBar 1000™ LED battens, which the LD had mounted on pipe to form an impressive backline working with overhead house lights.

Stanners placed six ACL Bars sideways on top of six SixBar 1000s for linear effects left to right, which, combined, gave him multiple pixels to create lines and shapes in different orientations. “Having the ability to have that much gear on such low power and create so many pixels, either left and right or up and down, was great. Although it really wasn’t that many pixels, I was able to create so many different looks and moves, either backlighting for softer acoustic songs, chases or even spinning for the heavier, high-energy songs. It allowed me to create all that with what is technically a small rig.

“At first, I wasn’t sure that the SixBars would be bright enough but through most of the tour I ended up running them at about 50% so they ended up being more than bright enough. It did what I wanted with a nice strobe and color.”

Each backline pipe was topped off with a Cuepix Blinder WW2 2-lite LED, which Stanners calls his go to blinder. “I don’t think there’s a tour I do where I don’t have those, whether it’s a few of the 2-lite or 16 of them. I even picked up more as the tour went on.” Rounding out the rig were Elation’s seasoned Platinum Beam 5R Extreme™ moving heads that Stanners says came in especially handy for a special song in which he created a cage-of-bars effect surrounding the artist. 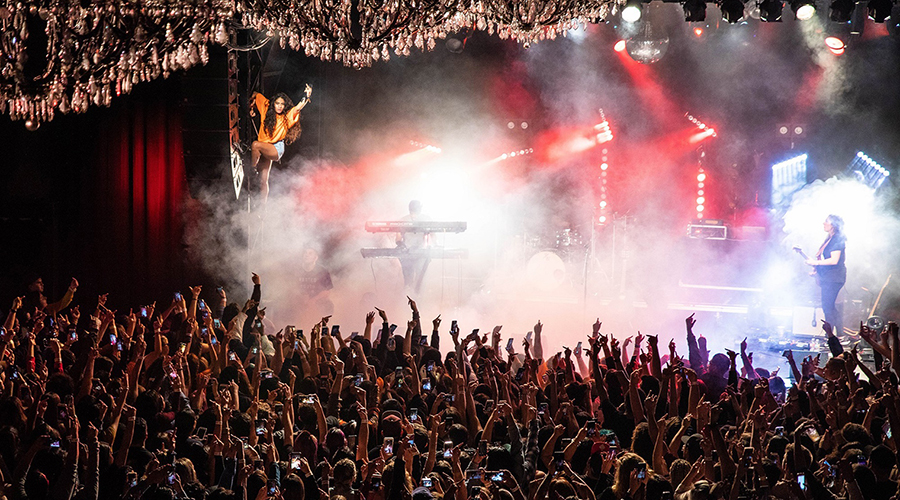