DARTZ™ goes galactic for Celestia at The STRAT, Las Vegas

After debuting last year at The STRAT in Las Vegas, Celestia, a Cirque du Soleil-type entertainment show, has emerged as one of the city’s top North Strip attractions. With a troupe of world-class performers highlighted by an otherworldly lighting design by Tom Sutherland of DX7 Design, the fast-moving circus-style production is a carnival of thrills not to mention a family affordable Strip alternative. 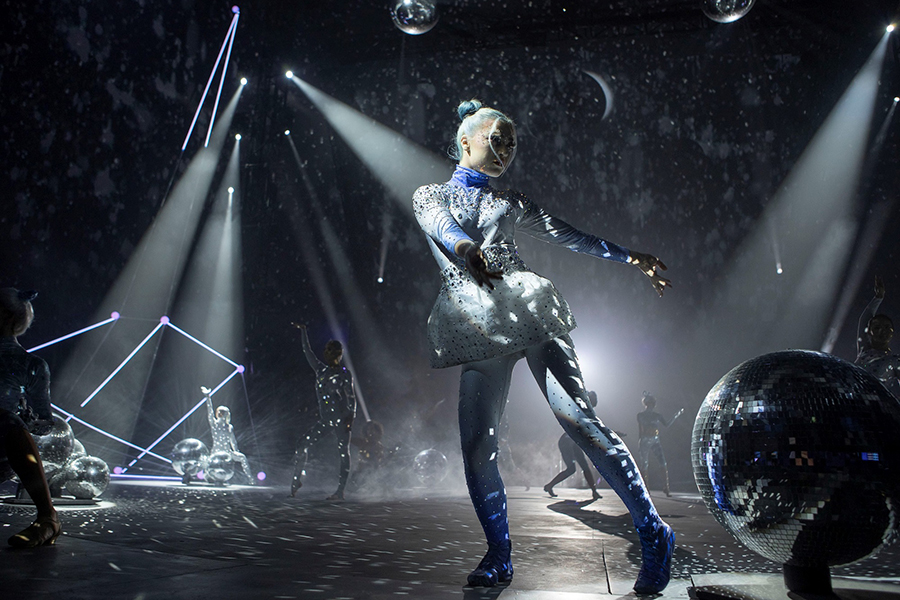 The LD entered the project somewhat late as part of a creative team hired a relatively short time prior to opening night to ‘cast their eyes over the production’ and enhance the show’s look. “They had brilliant acts and a state-of-the-art theatrical tent but there was no real glue or production value,” Sutherland states, explaining that the new creative team only had a few weeks to implement their ideas, which included an extra build and additional lighting fixtures. “We stripped out some rigging, put in some extra upstage positions and built a big semi-circle truss around the back, which is the centerpiece of the entire set really. I think we put it all together in under a month.”

180 degrees of lighting
Created by Executive Producer Brian Burke and live-production company Intrigue Shows, Celestia is a galactic journey filled with daring acrobatics, athletic dance, and aerial feats, all told through live music and cutting-edge technology that includes Elation Professional lighting effects. As part of the improvements, DX7 Design purchased Elation DARTZ 360™ LED moving heads to mount on the semi-circle truss to wrap the stage in 180 degrees of lighting effect. Thirty-two DARTZ 360 beam/spot units curve across the back of the set and serve as key visual effects throughout the show. “I wanted to create a type of light curtain between the back of the set where the artists enter and exit and then coming forward,” Sutherland describes. “The prism and the twinkle effects from the DARTZ are just perfect to create a visible wall of light or to fill the air with stars and twinkle. They look really bright and fill the space really well.” 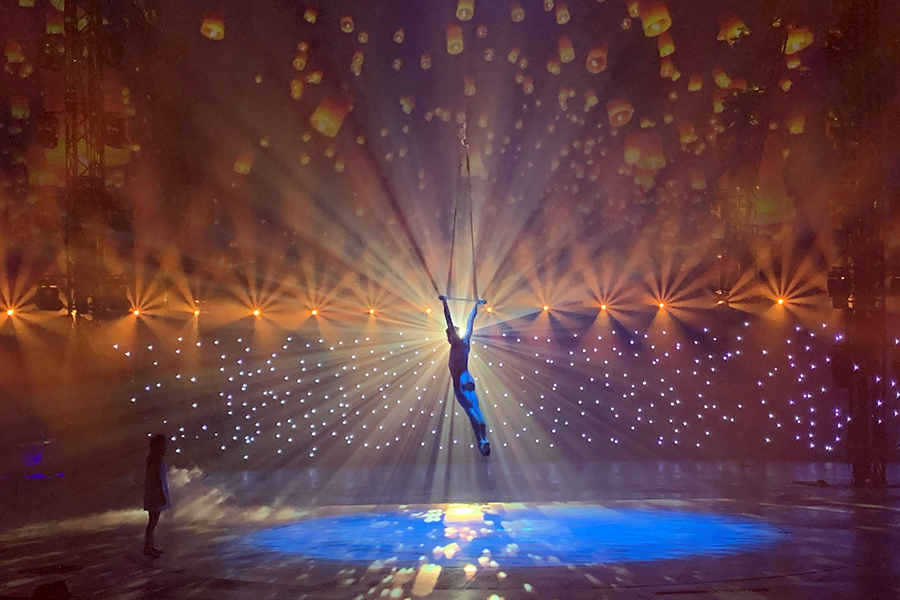 A galaxy of effects
Described as ‘an exhilarating journey across the universe,’ Celestia has an otherworldly theme and dreamlike element to it, something Sutherland echoed using effects from the DARTZ fixtures. “When you drop the prisms in the DARTZ, you create a galaxy in the sky. The first time I saw it, I wasn’t expecting the whole room to fill with effects! Especially for huge silhouette moments and nice endings for the artists, they literally provide that canvass, filling the air and literally taking off into the galaxy. They really were magical within that environment.”

Sutherland says the DARTZ has been one of his favorite luminaires over the past 18 months and has used them on several projects including U.S. television’s Dancing with the Stars. “I really don’t know how they managed to fit so much into something so little. I always love something that gives me an added bang for my buck.”

Other moving heads join the DARTZ in the rig, including 57 Elation Platinum Spot 35™ color and graphics fixtures that occupy the tent’s four main poster poles, overhead truss and center truss cupola. Used for floor gobo looks and much of the key lighting, Sutherland says that although not the latest fixture to hit the market, the Platinum Spots have proven to be a good workhorse light.

Careful positions
On a circus-type show like Celestia, where many of the acts are performing risky maneuvers, Sutherland says he had to be especially mindful of the lighting positions. “We’d create a lighting look then we always sat with the talent to look it through to make sure we weren’t blinding them. It took a while to finesse the lighting as you only get it right by watching performance after performance and taking a lot of notes. [Associate Lighting Designer and Programmer] Nick Hansen was my boots on the ground the majority of the time and did a great job as did [Assistant Lighting Designer] Hunter Selby.”

Cost efficiency with quality
With no followspots to man and the majority of the show time-coded, only one person is needed to run Celestia, a good example of the cost management necessary in staging a successful Vegas show. “When we designed it we did keep cost efficiency in mind,” Sutherland says, “but we also needed lights that we knew could survive night after night, six nights a week and maintain its punch and not go down or have to be re-lamped. On a production like this, to invest in something that gives massive punch and they don’t have to repair it, is great for me as a designer. That means we’ve been responsible in picking gear that we know is going to last and not require a huge amount of maintenance, plus the show looks 100% night after night.” 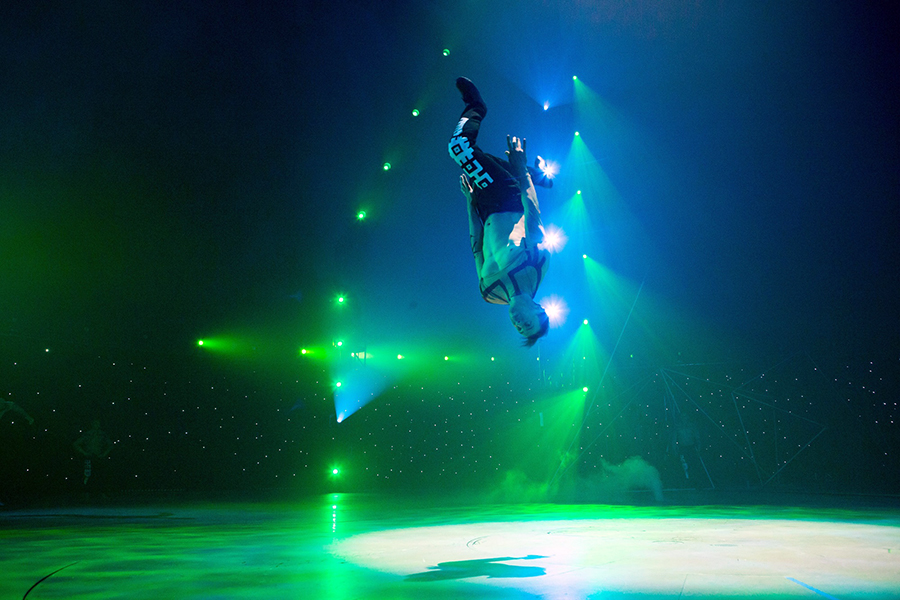